The #1 New York Times bestselling author of Then She Was Gone returns with an intricate thriller about a young woman’s disappearance and a group of strangers whose lives intersect in its wake.

Owen Pick’s life is falling apart. In his thirties and living in his aunt’s spare bedroom, he has just been suspended from his job as a teacher after accusations of sexual misconduct—accusations he strongly denies. Searching for professional advice online, he is inadvertently sucked into the dark world of incel forums, where he meets a charismatic and mysterious figure.

Across the street from Owen lives the Fours family, headed by mom Cate, a physiotherapist, and dad Roan, a child psychologist. But the Fours family have a bad feeling about their neighbor Owen. He’s a bit creepy and their teenaged daughter swears he followed her home from the train station one night.

Meanwhile, young Saffyre Maddox spent three years as a patient of Roan Fours. Feeling abandoned when their therapy ends, she searches for other ways to maintain her connection with him, following him in the shadows and learning more than she wanted to know about Roan and his family. Then, on Valentine’s night, Saffyre disappears—and the last person to see her alive is Owen Pick.

Invisible Girl is an unsettling, compelling, psychological thriller that delves into all the deep, dark secrets people keep even from those closest to them and raises the question how well do you really know anyone.

The writing is sharp and crisp. The characters are secretive, cunning, and troubled. And the plot builds quickly creating suspense and intensity as it unravels all the relationships, motivations, personalities, and behaviours within it.

Invisible Girl is, ultimately, a story of suspicious personalities, lies, deception, manipulation, familial drama, abuse, hatred, violence, and the danger-infused incel subculture. And like most of Jewell’s previous novels, this one keeps you on the edge of your seat with its multitude of twists, turns, and surprises right up until the final page.

Lisa Jewell is the internationally bestselling author of sixteen novels, including the New York Times bestseller Then She Was Gone, as well as I Found You, The Girls in the Garden, and The House We Grew Up In. In total, her novels have sold more than two million copies across the English-speaking world and her work has also been translated into sixteen languages so far. Lisa lives in London with her husband and their two daughters. 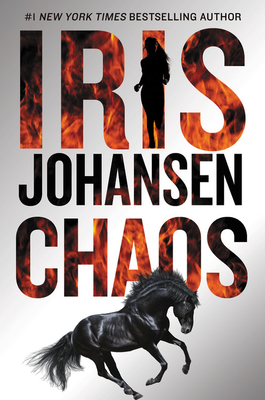 🖍 Yay! It’s Friday! Today I am excited to sh

Good morning, book lovers! Thank you so much to @