A woman’s body is found in a lake. Is it a sad case of suicide or something more sinister? Hannah Weybridge, still reeling from her friend’s horrific murder and the attempts on her own life, doesn’t want to get involved, but reluctantly agrees to look into the matter for the family.

The past however still stalks her steps, and a hidden danger accompanies her every move.

The third in the bestselling Hannah Weybridge thriller series, Songs of Innocence provides Hannah with her toughest and deadliest assignment yet…

Choosing a Title by Anne Coates

There’s often a wonderful sense of freedom and excitement that comes with selecting titles but if the author is considering a series there may be some constraints. For my Hannah Weybridge thrillers published by Urbane, I wanted titles to encapsulate the story in a creative and perhaps off-beat way.

Dancers in the Windis a reference to a verse in Dryden’s poem “Fortune”:

“I can enjoy her while she’s kind;

But when she dances in the wind,

And shakes her wings, and will not stay,

I puff the prostitute away.”

One of the central characters is a prostitute and several are killed during the narrative, so that verse seemed pertinent to me. “Dances” is changed to “Dancers” and my title was created.

For the sequel, which begins with the murder of Hannah’s close friend, I worked on various connotations. I tried out various combinations of words from Death and Dispossession to Ambassadors for the Dead. Some 12 titles competed for the crown.

I was eventually inspired by Andrew Marvell’s poem, “In Mourning” – in particular the last verse:

“I yet my silent judgement keep,

Disputing not what they believe:

But sure as oft as Women Weep

It is to be suppos’d they grieve.”

The words “silent judgement” resonated with me, leading to title number 13 – Death’s Silent Judgementwhich was published in May 2017.

Before deciding on these I made sure there were no other books with the same title by searching for books on Amazon and other websites. It’s amazing how often authors (or publishers) come up with the same title and confusion can arise sometimes with one author benefiting from the popularity of another.

For my third Hannah Weybridge thriller, I was stumped for a title. There are various facets of the narrative that I’d have liked to include but they didn’t necessarily sit well together.  I wanted to continue the poetic essence of the previous titles so again I turned to my favourite poets for inspiration.

For book three I was also looking for some local inspiration. On a wall of a house by the children’s playground is a mural depicting William Blake’s visionof angels in an oak tree in Peckham Park. Peckham Pond is where the first body is discovered… You can see where this is leading. I found my well-thumbed edition of Blake’s poetry and read until I found this verse in “On Another’s Sorrow”:

“Can I seen another’s woe,

And not be in sorrow too?

Can I see another’s grief,

And not seek for kind relief?”

For me this summed up Hannah’s feelings and motivation when she is asked by the family of the drowned girl to investigate her death. Hannah is still in shock from her friend’s brutal murder a few months before and the repercussions in her own life. Her own grief made her more receptive to the family’s plea to her to help prove that it wasn’t suicide but murder. Of all the permutations for titles I came up with, Matthew Smith, the publishing Director at Urbane Publications, preferred Songs of Innocence.

When Matthew Smith of Urbane Publications asked me for the title of the next Hannah Weybridge thriller to be published next year, I had to confess I didn’t have one. So it’s currently Hannah Weybridge 4 and I’m back to reading poetry.

Reading and writing has been Anne Coates’ passion for as long as she can remember. Instilled and inspired by her mother and by the Deputy Head at her secondary school who encouraged her hunger for reading by granting her free access to the books not yet in the school library, and she feels still grateful for this, in her eyes, amazing privilege.

After her degree in English and French, Anne moved to London to stay. During her career she worked for publishers, as a journalist, writer, editor, and translator. The birth of her daughter, Olivia inspired her to write non-fiction books, such as ‘Your Only Child’ (Bloomsbury, 1996), books about applying to and surviving university (NeedtoKnow, 2013), but also short stories, tales with a twist, and stories exploring relationships, published in two collections by Endeavour Press (2015).

The sometimes strange places Anne visited as a journalist often made her think “What if…” And so, investigative journalist Hannah Weybridge was born… The Hannah Weybridge series currently consists of three books, all published by Urbane Publications: ‘Dancers in the Wind’ (2016), ‘Death’s Silent Judgement’ (2017), and ‘Songs of Innocence’ (2018).

Anne Coates lives in London with three demanding cats and enjoys reading, going to the theatre and cinema, wining and dining.

Thank you to Anne Coates for being a guest on my blog today! It was truly an honour! 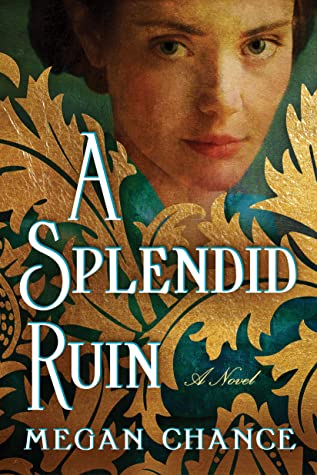