Born into the House of Romanov to the all-powerful Peter the Great and his wife, Catherine, a former serf, beautiful Tsarevna Elizabeth is the envy of the Russian empire. She is insulated by luxury and spoiled by her father, who dreams for her to marry King Louis XV of France and rule in Versailles. But when a woodland creature gives her a Delphic prophecy, her life is turned upside down. Her volatile father suddenly dies, her only brother has been executed and her mother takes the throne of Russia.

As friends turn to foes in the dangerous atmosphere of the Court, the princess must fear for her freedom and her life. Fate deals her blow after blow, and even loving her becomes a crime that warrants cruel torture and capital punishment: Elizabeth matures from suffering victim to strong and savvy survivor. But only her true love and their burning passion finally help her become who she is. When the Imperial Crown is left to an infant Tsarevich, Elizabeth finds herself in mortal danger and must confront a terrible dilemma–seize the reins of power and harm an innocent child, or find herself following in the footsteps of her murdered brother.

Hidden behind a gorgeous, wildly decadent façade, the Russian Imperial Court is a viper’s den of intrigue and ambition. Only a woman possessed of boundless courage and cunning can prove herself worthy to sit on the throne of Peter the Great.

Ellen Alpsten’s stunning new novel, The Tsarina’s Daughter, is the dramatic story of Elizabeth, daughter of Catherine I and Peter the Great, who ruled Russia during an extraordinary life marked by love, danger, passion and scandal.

The Tsarina’s Daughter is an insightful, enthralling tale set in eighteenth-century Russia that tells the story of Elizabeth Petrovna Romanov, the second-eldest daughter of Tsar Peter the Great and Catherine I, whose life seemed to have been fated by the dark prophecy predicted by a woodland spirit when she was a child and who after bearing tragedy after tragedy, loss after loss, and survived in a world in which friends easily turned to foes, and calculated manoeuvres and political advancement were always higher on the agenda than love, became the Empress of Russia in 1741, at the age of thirty-one, and ruled until strokes led to her death in 1762.

The prose is eloquent and expressive. The characters are willful, ruthless, and cunning. And the plot is an alluring tale of life, loss, scandal, sacrifice, desires, passion, heartbreak, opulence, corruption, treachery, rivalry, and tumultuous relationships.

Overall, The Tsarina’s Daughter is another fascinating, absorbing, immersive saga by Alpsten that does a spectacular job of once again highlighting her incredible knowledge and impeccable research into the infamous House of Romanov and the remarkable life of this last direct Romanov to ever reign in Russia.

ELLEN ALPSTEN was born and raised in the Kenyan highlands. Upon graduating from L'Institut d'Etudes Politiques de Paris, she worked as a news anchor for Bloomberg TV London. Whilst working gruesome night shifts on breakfast TV, she started to write in earnest, every day, after work and a nap. Today, Ellen works as an author and as a journalist for international publications such as Vogue, Standpoint and CN Traveller. She lives in London with her husband, three sons and a moody fox red Labrador. Tsarina is her debut novel. 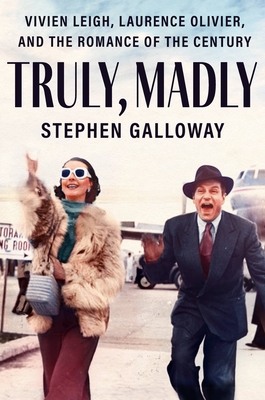